i’m so excited to announce that i am happily engaged 🙂 matt popped the question after quite a battle of getting me a ring ( if you haven’t heard the full story this might sound strange! and if you want to hear it i’d be happy to explain! ).
so a little more about him… he grew up in a pig farming family. a good old country boy. his dad raises pigs which ironically enough – my mom’s parents raised pigs all her life too up until i was about 8 years old. pigs run in our families… errr something. he’s two years older than me and many years wiser. he’s annoyingly smart. he reads research articles and the news in his spare time. he would be perfectly content eating nothing but mac and cheese for the rest of his life, and he loves star wars ( and star trek, and battlestar galactica, and firefly… oh this is embarrassing ). he’s a nerd and proud of it.
we have actually known each other for a good chunk of our lives. we met when i was probably 10 and matt was 12. he was my cousin’s best friend so he sometimes came to family gatherings and hung out with the cousins. i always had a huge crush on him but was too shy to do anything about it. he was 2 years older, outgoing, and oh so dreamy 🙂 the secret didn’t come out that he actually thought i was kinda cute too until 10 years later.
we had lost touch during high school and college and randomly found each other through facebook. after i came up with reasons to reach out and talk to him after all these years we decided we should get together and catch up – although we didn’t really know much about each other growing up so there wasn’t too much to catch up on – but i needed a reason to see him and work my magic! we decided to meet at a starbucks in columbus. i remember seeing him again as something out of the movies. he remembers thinking “oh she looks kinda nerdy, she’s perfect!” anyways, he couldn’t find me so he called to see where i was. there was a big crowd of people and i couldn’t see where he was and then the crowd cleared and there was a guy standing with his back to me on the phone. now i was nervous and i thought i might just pass out. but i pulled myself together after feeling like my feet were stuck to the ground and walked over. the rest is history…
we both like to dance around and act like kids, go on bike rides and picnics, and cuddle on the couch watching movies. we make each other laugh, randomly burst out in song, and absolutely love our family and friends. we couldn’t imagine life without each other.
and of course i couldn’t imagine a post without a photo so here’s some of us over the years 🙂 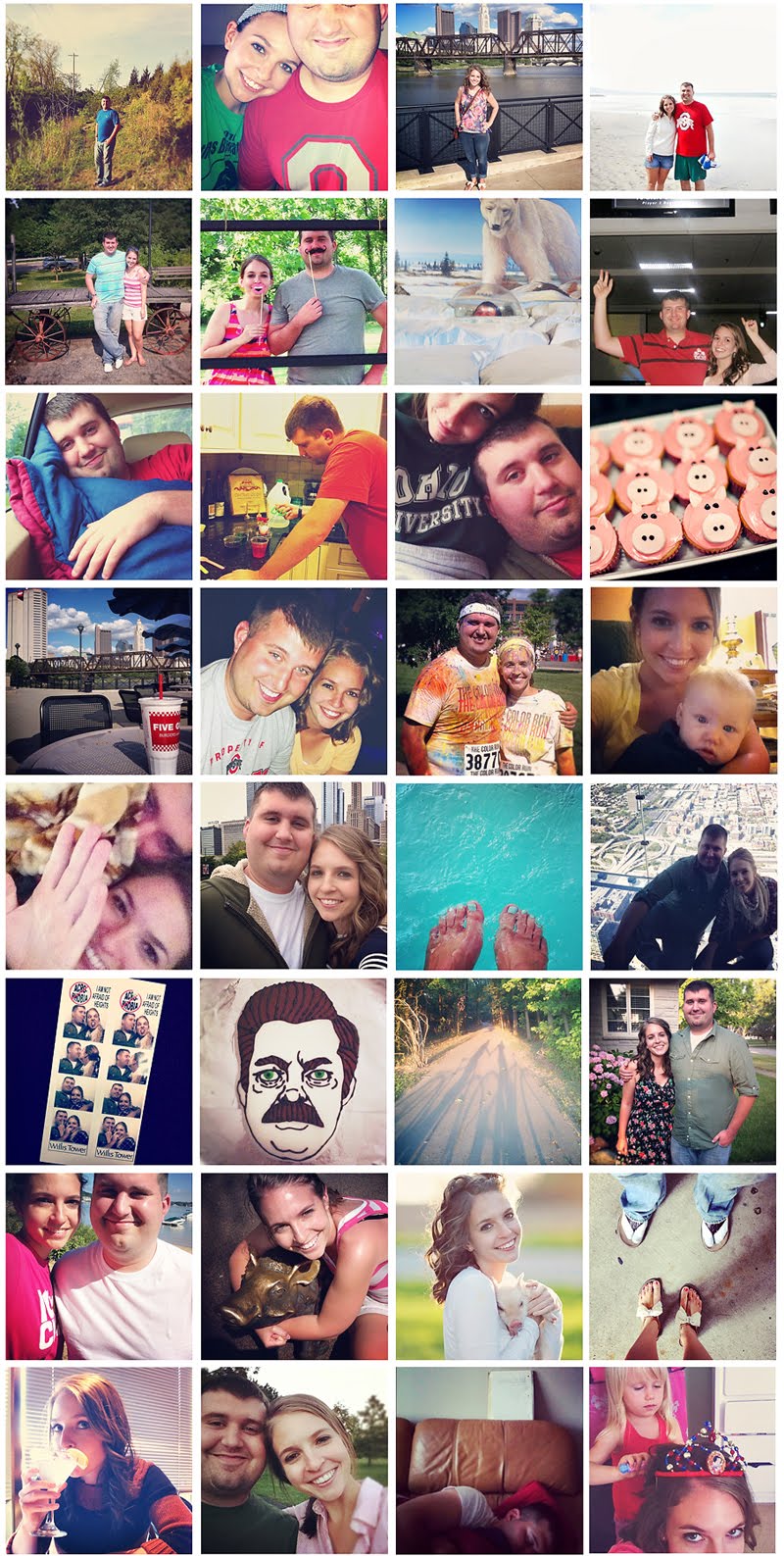